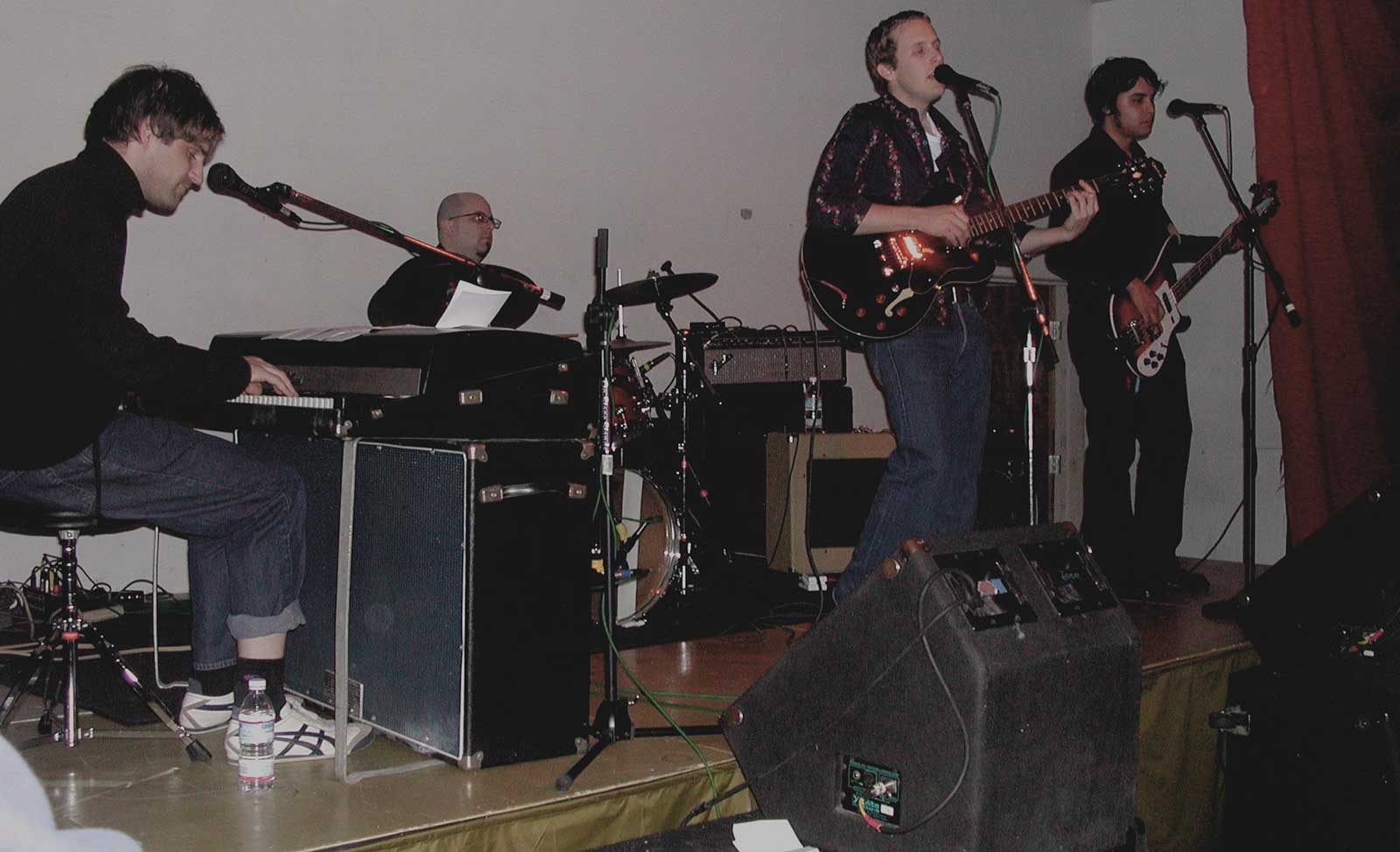 Blanket Music is comprised of Chad Crouch (vocals and guitar), Dave Depper (bass), Mike Johnson (Rhodes Electric Piano) and Greg Lind (drums), residing in Portland, Oregon. Originally simply “Blanket”, the band’s name was amended to “Blanket Music”, like so many bands, upon being served a Cease and Desist Order by one of several acts going by the name at that time. The lads of Blanket Music have grown into the name over three albums, having covered a lot of musical territory. The first record, Nice, could be described as downtempo indiepop with jazz, folk, and bossa undertones, whereas the second album Move largely traverses equatorial musical idioms–samba rhythms and staccato afro-cuban guitar lines–and picks up the tempo a bit to lend a chill party vibe to the collection of songs. A lineup change gave way to Cultural Norms, the newest offering from the leaner, meaner quartet. Norms eschews the latin rhythms in favor of straight-up indiepop with a subtle growl. The band infuses the songs with uniquely American musical motifs (blues, jazz, swing) while offering uniquely American observations within the lyrics. Off stage the boys of Blanket Music share a more-than-hobbyist enthusiasm for computers, The Beatles, Star Wars, and golden era of Brit Pop. In fact Johnson, Depper, and Lind have an almost encyclopedic knowlegde of certain sectors of pop culture, inspiring heated debate over the minutia. “I can name every song the Beatles recorded in chronological order,” offers Depper at practice. Crouch on the other hand has difficulty remembering the lyrics to his own songs.