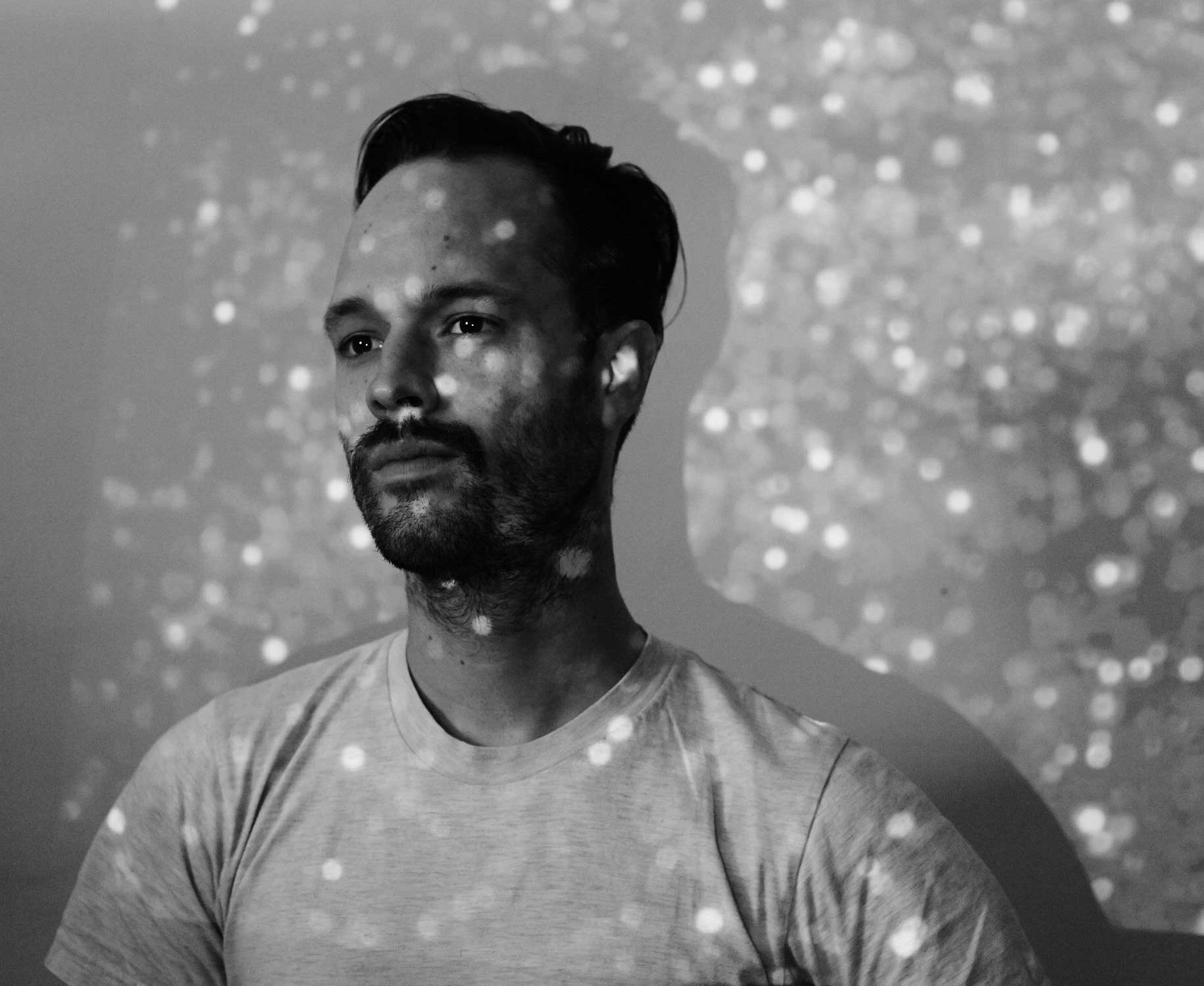 Ben Shepard formed YEYEY in the wake of the dissolution of his previous band Uzi & Ari, in 2013.  Frequent collaborations with Boston-based electronic outfit Arms and Sleepers as a guest vocalist and guitarist for two albums and several marathon European tours contributed to the seven year gap since Shepard’s last full length, “Headworms’ was released, in 2008 under the Uzi & Ari moniker.  In 2010, Shepard left his mountain home in Salt Lake City and settled into a riverside apartment in Brooklyn, New York to write and record his latest collection of songs, entitled ‘The Vision,’ which finds him experimenting with a dozen instruments, and developing a new vocal approach to drape over his densely layered, post-rock styled pop arrangements.