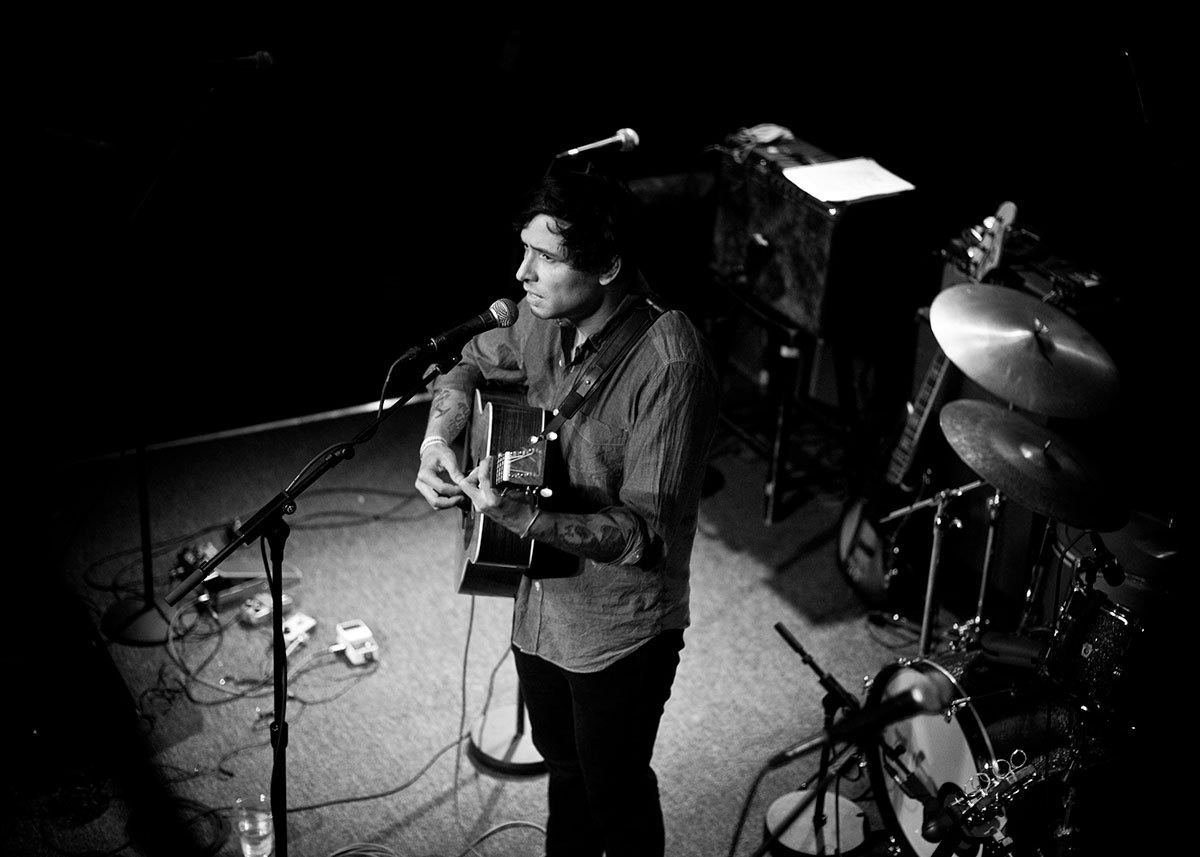 Kele Goodwin has spent his life in three places: in Juneau, Alaska; on the Navajo Nation; and in the misty Pacific Northwest. He makes music that sings from bone marrow, from a life and landscape alternately charted and lost, crushed and rebuilt. It is music made familiar by the experience of pain and its lessons. It is music to live by.
Goodwin’s debut album Hymns was produced by Sean Ogilvie of Musé Méchanique and features guest performances from Laura Gibson, Alela Diane, Ogilvie himself, Douglas Jenkins of The Portland Cello Project, and many others. His lyrics are both observation and prayer, delicate lines built on an architecture of gratitude and disbelief of the world around him.