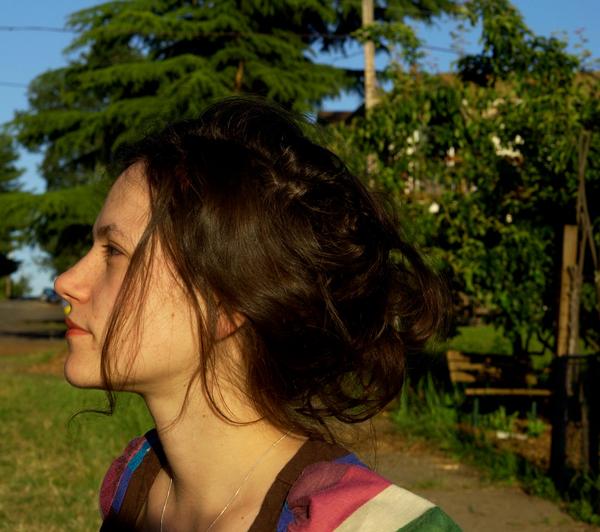 We are overjoyed to officially announce Shelley Short’s third proper album, Water For The Day, to be released on April 22nd. Shelley will be touring with the inimitable Tom Brosseau beginning April 13. (Scroll down on the sidebar for dates.) We will be making the CD available for order at the end of March. In case you missed it, we quietly added the track “Swimming” on our media page as a scintillating preview. Those familiar with the lauded Captain Wildhorse… will likely find this a bit more intimate affair. Compellingly so. Despite the absence of a pervasive backing band, there are more moments of ear-perking surprises. The bookmark-worthy Songs Illinois put it this way:

“She has a wonderful voice and very good ear for creating both the lyrics and the music to compliment it. But sheâ€™s not content to create something that is easily digestible. On the surface her music is very listenable but just under the surface there are subversions and distractions that lend it an air of mystery or an ethereal quality.”

Meanwhile Shelley is spending her Spring in Paris. She’ll be stopping in on Hinah world headquarters, I’m told, to play an intimate session to be shared with the world as part of the free Hinah Gift Series which Norfolk & Western and Laura Gibson lended highly recommended performances to over the past few years.