You, the Darkness, and Me won’t be officially released until August 10, but early copies will be available at the album launch at The Woods on Saturday, July 17, or you can reserve one now and get an instant download at the HUSHshop. 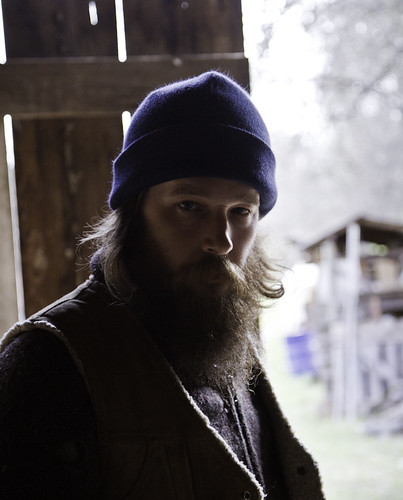 There’s a lot to like about local songwriter Dustin Hamman: he plays under the clever moniker of Run On Sentence (yes, we journalists are biased towards fellow word nerds); he peddles an earthy, catchy fusion of folk, blues, jazz and roots; and in the indie-music sea of bad bum-fluff beards and ironic moustaches, he stands tall with a proud with a truly spectacular crop of bushy facial hair.

Hamman has recorded a new album coming out in August called You, the Darkness, and Me—the follow-up to his promising 2008 debut, Oh When The Wind Comes Down, which featured a charming mix of rambling folk, Latin rhythms and swinging jazz.