Catching Up With Laura Gibson

Laura is about a week away from a short tour with Ethan Rose in support of the sublime Bridge Carols (out now on Holocene Music).  The duo recently premiered a mesmerizing video for “Younger” from director Ryan Jeffries.

Not long ago the duo raised the bar about ten million notches for live ambient performance at their Portland album release show.  Attendance at one of the upcoming shows is highly recommended, but since we don’t think they will be able to bring the additional ensemble in tow, here are some freshly uploaded videos that captured the surprise event from that show:

Watch all the videos from this performance in a playlist at YouTube.

Go listen to this sessions and hundreds of others at Daytrotter.com, or for iPhone/Touch users via the Daytrotter App.

Original version appears on Beasts of Seasons. A few summers ago, we found an old washtub in the antique store around the corner.  We bought it to use as a fire pit in the backyard, and there began a nightly ritual of sitting and watching the fire go out, tracing the smoke as it rose and weaved through the trees.  The summer passed so quickly, and as we observed the glowing embers melting into the black night, we often felt we were watching time slip from our grasp.  I wrote Spirited thinking of that washtub, of faces reflecting orange and gold, and of the longing to press ourselves inside of a moment as soon as we realize it is escaping us.  The washtub itself escaped us, borrowed by the neighbors to be returned the following spring.  Left to the autumn rain, it’s now a skeleton of rust and ash. (A note about the performance: The drums are a combination of Sean and Micah.  Micah masters the clickety-clack while Sean, is playing piano with one hand and Floor Tom and cymbal with the other).

“Where Have All Your Good Words Gone”

Original version appears on Beasts of Seasons.  Upon finding myself at a loss for words, always finding myself at a loss for words…  I decided to follow my frustration, and began thinking of mortality as having nothing left to offer the world – no rhymes, no poems, no words of kindness or clarity, no truths to pull from my gut.  Even more frightening, the idea of looking back and finding so many words wasted on sarcasm and half-truths.  It’s a terrifying way to think about death. (Note the live version is quite different from the recorded version, as it’s lacking the luminous viola of Eyvind Kang but features the haunting saw of Micah Rabwin and Sean Ogilvie balancing melodica, ukelin and drums).

Original version appears on Beasts of Seasons.  Glory is a collection of images, moments of tenderness and reverence, of loss and of new life.  Not about my family exactly, but certainly reminding me of my family.

Original version appears on Bridge Carols. I don’t remember a moment of writing this song, but I have hummed and sang the melody to myself for a long time, with different lyrics floating through.  At some point, it just shaped itself into a song.  I had intended to include it in Beasts of Seasons.  But in the end, Beasts of Seasons was a record dwelling in the human body, where O Frailty seemed to dwell out in the stars.    It’s more of a cosmic view of mortality.  It ended up fitting perfectly in a collaboration with sound artist Ethan Rose (to be released this February).  The version with Ethan is much more fluttery, pitchy and strange, broken down after running it through a tape machine for several hours.  Sean and Micah and I sat down at the piano one day and came up with a more classical chorale approach.

Original version appears on Funeral Song.  Despite the title, I’ll always consider this a love song.  Understanding love in a way that if death comes, I won’t fear the letting go, or being let go. Like most people, I often wonder if I’m capable of such love.  But I suppose the song is less a testimony of my own selflessness, and more a hope, or perhaps faith, that my love might be realized in this way.  Although it’s such a simple composition, I chipped away at Funeral Song for a long time, and of all the songs on Beasts of Seasons, it’s probably the most meaningful to me.  I hope to sing it as an old lady someday. 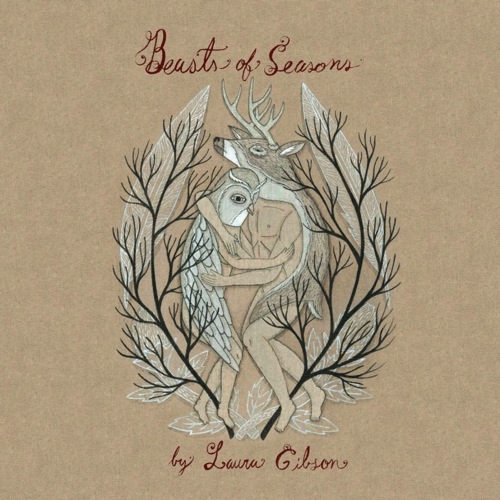 It is the current internet zeitgiest the world over. Musical performances captured on video in colorful contexts.  They Shoot Music did a fine job of capturing Gibson and bandmates Sean Ogilvie and Micah Rabwin in this Vienna bookshop.  Laura reports they’ve done several of these sessions on her second tour of Europe in three months: “We’re doing one in a toy store in Paris today!”

We’ll be sure to pass that on when it goes live.  My guess is it’s for a Takeaway Show or Le Concert a Emporter for La Blogoteque one of the longest running guerrilla video performance teams on the beat.

Aside from saying it was a special night, we’ll let the videos speak for themselves, and perhaps  add this very visual description from Melophobe (which posted quality pictures and an audio track.)

After a couple amusing stories that passed as jokes, and one too many spells cast on the audience with their magical accordions, xylophones, and melodicas, country princess Laura Gibson graced the stage: golden hair tumbling down over an ivory vintage dress hovering ghost-like over dark brown tights which plunged dramatically into a pair of white, 1970’s nursing shoes.

Before launching into “Hands in Pockets,” Laura joked in a notch above a whisper, “I realize it’s a rainy night and swine flu is on the rampage. I just came from Japan and everyone on the subway has those masks. So, anyone who feels a cough coming on, if you could move to one side of the room, and if you feel healthy, move to the opposite side. Uh, thanks.” 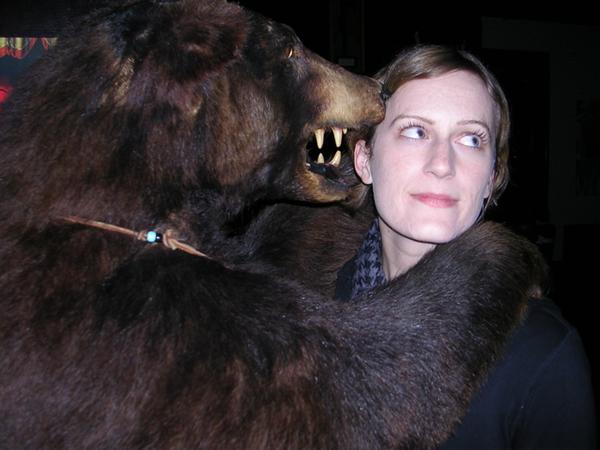 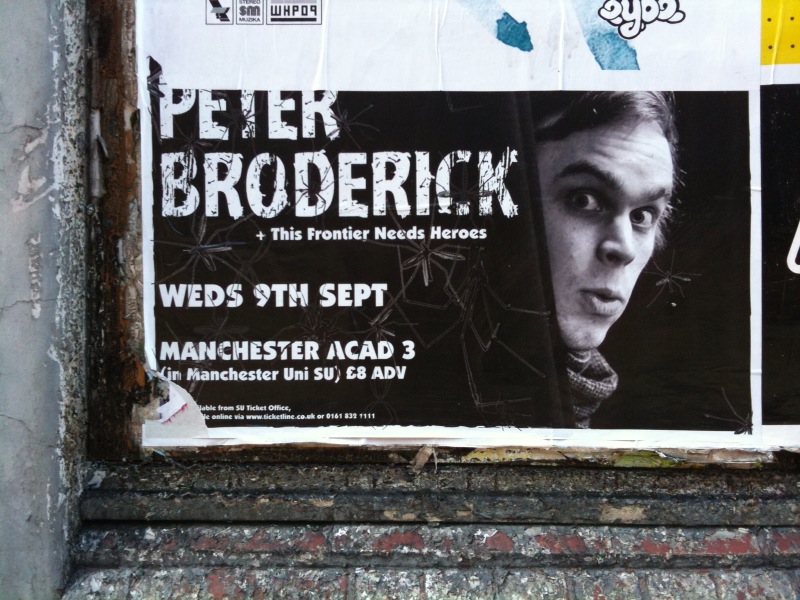