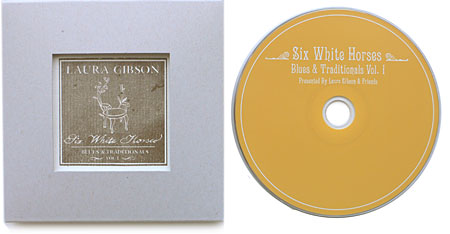 We’re very pleased to announce that if you buy any CD from the HUSHshop, you now receive a FREE album download as well, on the spot. No waiting for Mr. Postman to listen to the music, while at the same time retaining the joy of the parcel, the artifact, the liner notes, the art, and the superior sound quality. Here’s the kicker: we do it for less than iTunes! CD in the mail and instant download: $9.97. Hot dog!

Or if you like, just choose the Download only, on any title, and we’ll knock a couple bucks off.

The new shop is pretty spiffy, and scheduled to get spiffier. (Look for easy to audition song samples rolling out soon.) But, again, if you haven’t familiarized yourself with our podcast, it’s a great way to test drive our albums out in the field, away from the computer, where music often sounds a bit better. We just put up an enhanced sampler mix (just click subscribe in iTunes) of exquisite new Laura Gibson EP, Six White Horses which is now available in the HUSHshop. This release is limited to a few hundred leftovers from her recent tour. A collector’s piece to be sure.

We’re so hyped about this we’re pulling another first: use the coupon code hushluvsu for 15% off your entire order in the month of May. Use it wisely: limit 1 per customer.

Thanks for sticking with us! 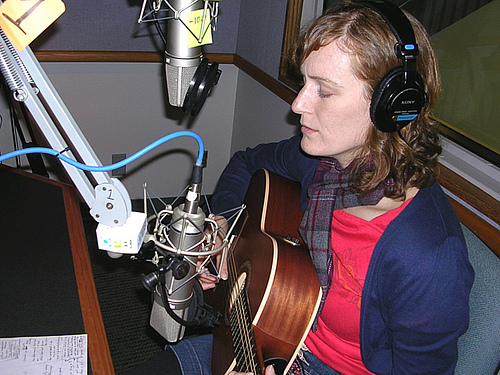 Laura Gibson barnstormed the netwaves of NPR both nationally and regionally this week. The influential All Songs Considered put her version of “Freight Train” at the top of their broad/net/podcast, remarking “Her singing feels transported perhaps from the early days of sound recording.” If you didn’t catch her disarmingly unvarnished video of her singing in the desk of producer Bob Boilen in the NPR offices, it’s worth a peek. (I think the video clip has been reposted in its entirety.)

In our own fair state, the excellent OPBmusic aired a previously recorded studio performance and interview. These studio sessions really are gifts to the internet republic, so surf on over and listen a spell!

On The Road With Laura Gibson 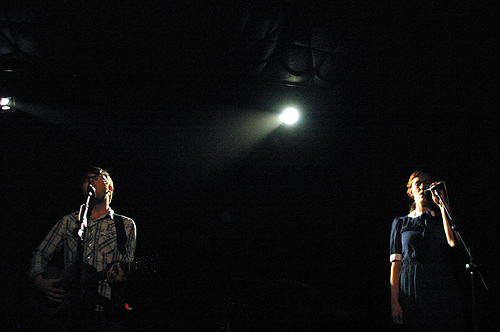 Laura’s been out on the road with Colin Meloy for a couple weeks now, opening the shows and singing duets with the most famous HUSH alumni. The route took them through DC, where Ms. Gibson had the pleasure of meeting Bob Boilen of NPR. Bob intived her to his desk cubicle to perform for those who weren’t on deadline for an off the cuff performance of “Hands In Pockets”. Have a look. The payoff is a the end, I think. 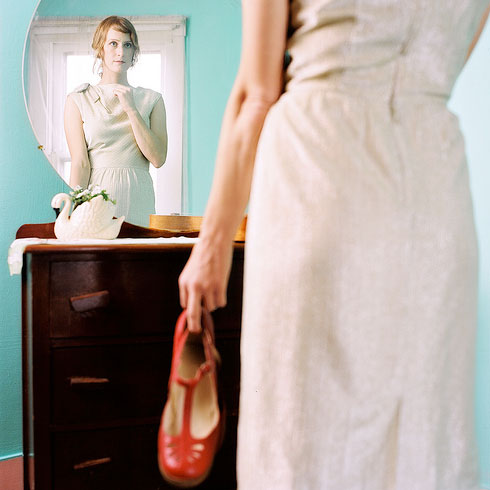 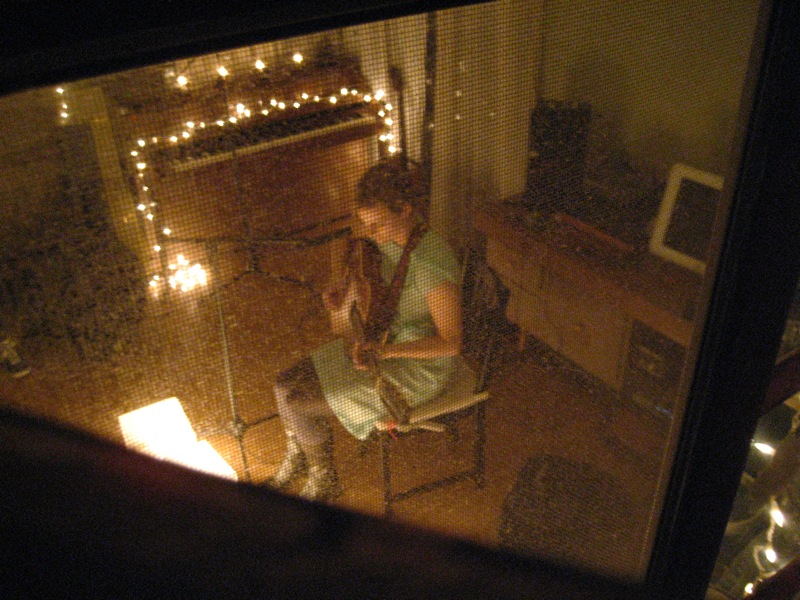 While in France a few months back Laura Gibson played a house show with her boyfriend and collaborator Sean Ogilvie which was recorded by the kind and industrious folks of Hinah and distributed freely via their site and lastFM. The recording itself has an audio cassette patina to it which probably wouldn’t paint a kind picture of most artists, but in Laura’s case the strength of the raw songs come through, and her voice radiates in the small room. I recommend lighting a candle and playing these eight tracks over laptop speakers some quiet evening.

Any small speakers will do, really.

While were at it, we should re-post the link to the excellent (and a bit fuller-bodied) Daytrotter session, as well as the properly notify you of the If You Come To Greet Me vinyl LP issued late last year on Graveface. 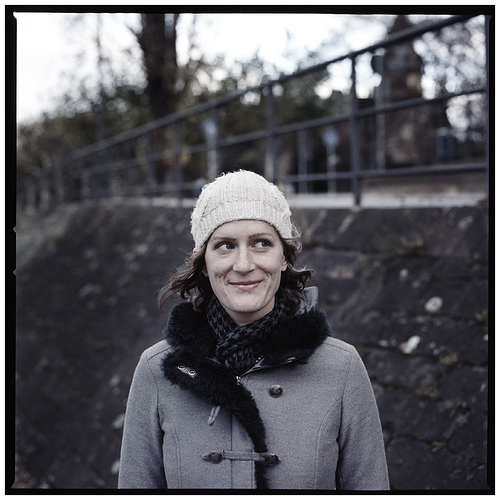 Yes, you may have caught through the wire that our very own Laura Gibson will go out on the ‘big bus’ with Mr. Meloy (of HUSH roster alumnus The Decemberists) on a whirlwind national tour to commence in April. Pitchfork recently announced the tracklist for the third in a series of cover EPs from Colin, set to cover the immortal Sam Cooke, which will find release exclusively on that tour.

However, the cyber patriarch of the indie set was not made privy to the fact these tracks feature a liberal dose of the LG. (That’s what we call Laura round here.) These are no less than duets, and will surely carry her voice a little bit further than it has already travelled on the merits of the instant classic If You Come To Greet Me.

The Auteur: naughty, charming and resonant. 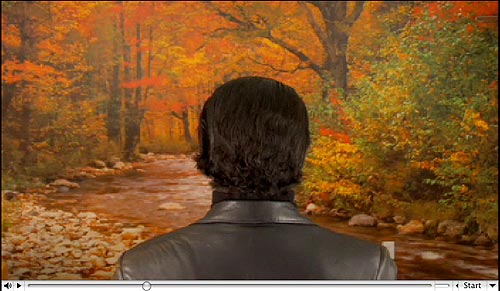 I’m pleased to announce the completion of a truly funny and endearing locally-shot film from director James Westby (Film Geek). I had the good fortune to screen a rough cut of The Auteur and I’m happy to report it’s got the makings of a cult classic. Not since Drugstore Cowboy have my expectations for a locally produced film been so exceeded. So, imagine my pleasure in announcing the soundtrack will feature Laura Gibson, Norfolk & Western, Flash Hawk Parlor Ensemble, The Shaky Hands, and Blanket Music, to name a few.

The film follows the larger-than-life adult filmmaker Arturo Domingo (Melik Melkasian) as he navigates the nexus of a creative and personal midlife crisis. Watch the trailer, featuring Blanket Music’s “Stand to Love” here. (Contains blocked out nudity. Lots of it.)

Have a listen to Yours Truly on the demo for the original song from Blanket Music’s The Love.
I wish I could tell you where to see it, but that will have to wait for now.