The frontman to Run On Sentence, Dustin Hamman, has created a compelling soundtrack for one very impressive coming-of-age genre film set to open in a few weeks, Beneath The Harvest Sky, featuring actors Caillan McAuliffe (The Great Gatsby), Emory Cohen (Place Beyond The Pines), and Aidan Gillen (Game Of Thrones).

The soundtrack is now available for pre-order!

Portlanders, be sure to catch Run On Sentence at The Doug Fir this Sunday Mar 16th with Casey Neill & The  Norway Rats and Paleo.
TICKETS HERE
The instrumental music composed for this film sketches out a very tender and sacred space. It is the sound of lonesome pioneers, subsisting on very little. Half of it sounds like fur trappers blowing on their hands to keep warm in a barn without heat. The other half of the music is the opposite of that: fueled by cheap cans of beer crushed under the feet of a band playing in a ditch for a small-town party. The music bursts from moments of euphoria to moments of reverence. Old church pianos are dusted-off and brought to life to merge in a gracious harmony with thrift-store organs. The pieces have a crystalline structure. They have a strength to their construction but they can also be blown away by a too-strong breath. The sound is dirty at times, dirty like the hands of the harvest workers. It’s a well- earned dirtiness, of old guitars plugged in the wrong way and punished rather than played.
March 14, 2014 In Novi Split

Novi Split’s NEW EP: If Not This, Then What

David Jerkovich is switched ON.  Seven years since his masterpiece Pink In The Sink, David is back in the saddle, this time with the backing of his ringer friends. It’s really good, nourishing music–the kind you’d happily pay for– and this coming Tuesday, he’s giving it away. Bookmark it! 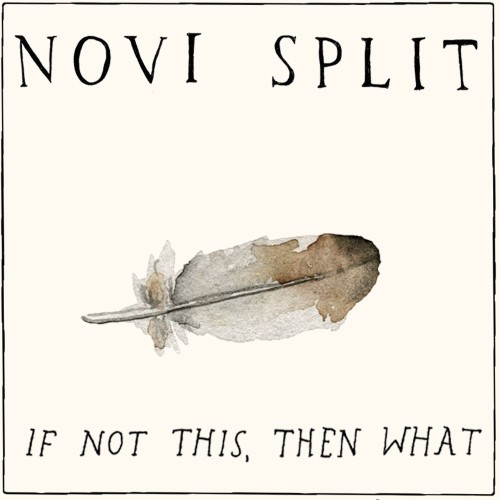 It’s been at least three years since we’ve heard something new from Novi Split.  David Jerkovich says he’s getting ready to turn a new leaf in 2014 by dusting off these tunes and collecting them in a couple EPs, Creeping Round Your Face and Spare Songs, in anticipation of sharing some newly recorded gems in 2014.  These new songs were recorded with his ace band at his new studio,  The Ocotillio, at Pehrspace in Los Angeles.

Did I mention he’s offering them up for free / $upport?  Check it out:

“He’s Got the Whole World in His Hands” is a traditional American spiritual performed by many artists over the years including Raffi and Loch Lomond’s Ritchie Young.