Fresh of the vine, we have this ensemble production featuring the talents of a motley crew of folk, fauna, and one zany marionette. 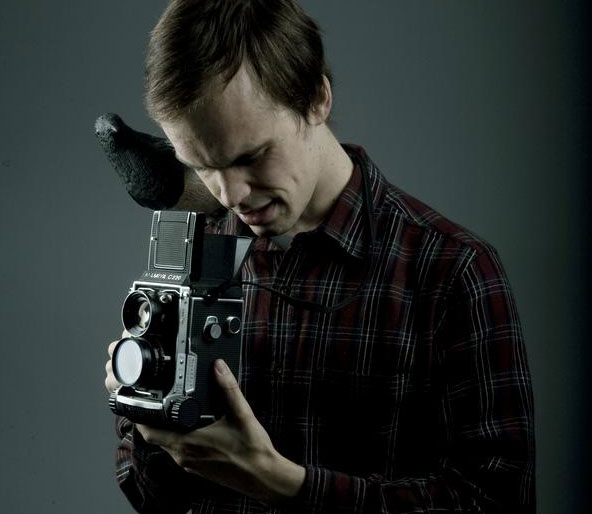 Peter Broderick woke up last Sunday to find his latest album Home praised in the pages of the Sunday London Times. 5 out of 5 stars:

“Home has grown and grown on me, sitting in the CD player, refusing to be moved, demanding to be played again and again. This is a magical album. In reality, home for Peter Broderick is Portland, Oregon, but he hasnâ€™t been living there. He was summoned to Denmark by the wondrous Efterklang, and has recently been touring with them. On Home, Broderick reveals not just his musical talent, but an unusual level of restraint. All we have here is voice and guitar. No needless virtuosity; no clever sonic treatments; no unusual instruments.”Â  – Mike Edwards

“Home, takes Broderick’s music in a new direction. He’s given up the piano and violin on Float for soothing acoustic guitar and ethereal folk melodies. Though there are many highlights on Home, one of the most notable is its second track, “And It’s Alright.” Broderick’s reassuring repetition of the song’s title, while backed by organ and lightly rattling percussion, makes it the sort of tune ideal for unwinding after a particularly stressful day. Actually, all of Home emits a delicate and calm mood, from its opener, “Games,” all the way to the revisited version, “Games Again,” that closes this masterful release. If this is what Broderick is capable of accomplishing at the age of 21, one can only imagine what’s in store. Based on Home, it’s bound to be lovely.” – Robin Hilton

Loch Lomond offers up video tease for next album, tour.

Via Local Cut’s Michael Mannheimer:
“Just in time for a month-long trek across the country in support of the Decemberists, Loch Lomond have decided to premiere the lead single from its forthcoming album the best way they knew how: via a grainy, sepia-toned video. The first directing spot for Alicia J. Rose (Doug Fir booker and photographer du jour for most of our folk rock scene), “Blue Lead Fences” sees the seven member chamber folk outfit marching through the woods, following closely behind singer Ritchie Young as he plucks at his violin. The band has just finished recording its new, untitled record, and if this is any indication of what we can expect, then 2009 looks really promising.”

Taking a cue from television, Podington Bear is once again fiddling with different notions of packaging music. The bear has emerged from hibernation with this bipolar cut:

Starting today, a new surprising season of Podington Bear begins.  A new song will be posted every Friday, replacing the one for the week prior on the P Bear podcast.