Performing tracks from There’ll Be Diamonds, Super XX Man was in rare form for their recent CD Release Party. Here’s some highlights:

The CD is available via superxxman.com where it can also be streamed along with the entire Super XX Man catalog. 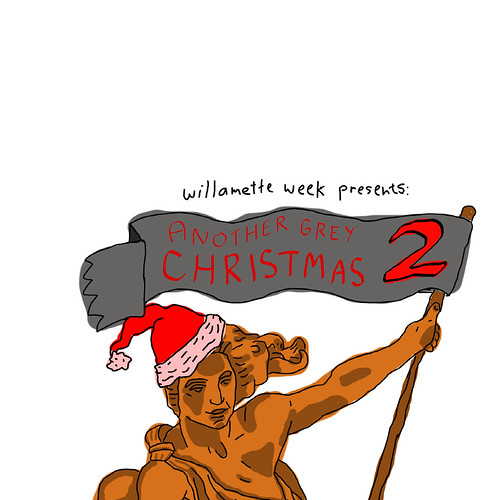 Need something to snuggle up with in this chilly weather? Dreading the inevitable heat bill? We’re making it affordable to warm up with all things HUSH. The BIG COOL YULE SALE is on: 15% off everything in the HUSHshop! That makes most downloads just $6.77 and most CDs (with downloads) just $8.47!

In anticipation of the big co-headlining show for Loch Lomond this week, we thought we’d link to the hiqh quality download of “Blue Lead Fence(s)” offered via the taste-making RCRD LBL blog (albeit few weeks ago). This is a track off the as yet untitled new album, which was recently given a video treatment by photographer Alicia Rose.

You may want to get advance tickets