Fresh off a wee tour of Scottland, Loch Lomond is taking the band down the west coast with Seattle’s Hey Marseilles in support of the stunning EP Night Bats.  Here is the title track:

and catch them at:

This dispatch just in from Nick Jaina:

Today we are officially starting our Spring tour of the Eastern half of the United States. We start it in Idaho, which is not very East, but if you’re coming from Portland it’s a good enough drive that you can fall asleep in the backseat on the way. So we are East.

I have a mostly different band backing me up than I usually have. This tour features a new drummer named Andrew and a new trumpet player named Jon, who replaces the old trumpet player named John. We’ve reduced one letter from the trumpet players name, which over the course of a month will save us some money. Also with us is Thomas on electric guitar and William on upright bass, both of whom have toured with the band before and know that unrealistically high expectations are the enemy of a good night’s sleep.

Also, we have two videos out and another one coming soon. The most recent one is for the song “Sleep, Child” which you can view here

If you don’t own the new album already, I graciously ask that you consider buying it. It’s the main way that we are able to have the money to drive around the country and play shows for people. If you’ve heard a few songs or seen a video and have been entertained, please think about how much of a difference it makes to us if you buy the album. Even if you don’t like having cds around, those ten or twelve dollars go a long way for us. You’d be surprised how few cds are sold online anymore. I appreciate you even reading these words and considering them.

Gorgeous Spring weather here in the Pacific Northwest.  What better time for a new Graves track!

Hosannas “Then & Now & Then” Album Release This Sunday

May 9th at Mississippi Studios with the lovely Tu Fawning, and Ah Holly Family. 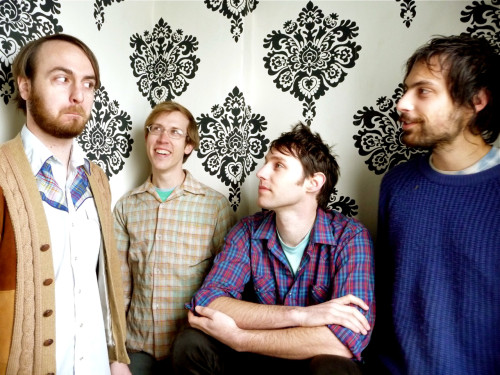 Fresh of their east coast tour, the Hosannas boys will be playing new and old as they present Then & Now & Then shipping from the HUSHshop now, and available at finer record shops and digital retailers May 11.

Here’s some video from a Mississippi Studios performance a few months back to when your appetite.