Run On Sentence On Tour

Catch Dustin Hamman’s singular brand of songwritng, singing and entertaining in your neck of the woods.

Asheville, NC: on 9/18 folks can write dustin@runonsentencemusic for details. 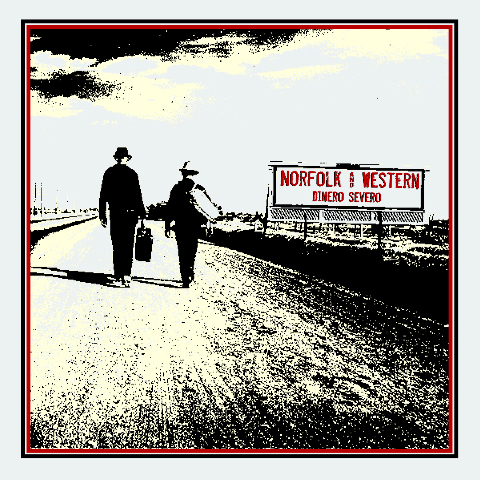 Regardless of your whereabouts, we are proud to share with you our new album Dinero Severo.

And they mean it.  Head on over to norfolkandwestern.org to stream the new album in its entirety, basking in it’s dulcet tones and occasional, well placed cacophony. (All you need to do is sign up for their newsletter.)

We recorded it over the last couple of years, mostly in our hometown of Portland save for a few songs which were tracked in Puerto de Santa Maria, Spain. See, not only the fancy bands get to eat Manchego, drink copious amounts of Spanish wine and roam the beaches where Columbus set sail to discover India.
We will be streaming the record here on our website through October while we head out on tour with Mirah.

Greg Olin and co. let loose their inner tiger a few weeks ago at The Woods.Â  Here’s a few highlights:

All preorders will be signed by the band and arrive at least a week in advance of release date (Nov 10)! ORDER NOW the HUSHshop.

2009 has been a banner year for Portland’s Loch Lomond, punctuated with triumph, tumult, and above all, artistic growth. Night Bats, the band’s first physical release since the much-loved Paper The Walls full-length and the follow up to their digital-only Trumpets for Paper Children EP, captures Loch Lomond at a unique and singularly brilliant time in their evolution as an undeniably powerful creative unit.

Having toured extensively this year with The Decemberists and Blitzen Trapper (among others), Loch Lomond now emphasizes in its new recorded output a directness and sharp pop sensibility that was only hinted at previously. Lead track “The Ghost of an Earthworm” is a shimmery, hooky gem devoid of much of the chamber instrumentation that peppers most of Loch Lomond’s catalog (here, replaced with bright electric rhythms, making it perhaps the most straightforward song the band has ever recorded); they even cover the Bee Gees’ “Holiday”(from Bee Gees 1st). “Spine (MMIX)”is a dramatically different reading of one of singer Ritchie Young’s most-loved songs, highlighting the band’s musical muscularity.

Title track “Night Bats” is as expansive as it is arresting, and is, along with “Ghost of an Earthworm”, one of the most shining examples of Young’s exemplary ability to tell bizarre, often allegorical stories with stunning dry wit and biting precision. “Wax and Wire” is, simply, quite possibly the richest and most jaw-dropping track Loch Lomond has put to tape.